These as-code files can be:

Some people just like to work in code. Many developers and automation engineers live in their IDE or editor of choice and why should load testing be any different?

Much of the early surface area for modern development is around APIs, and therefore API testing is a huge part of modern software delivery cycles and validating their performance shouldn’t be hard.

There are a ton of examples from our training workshops in the ‘neoload-as-code’ repo, but below is the general gist of how writing as-code YAML DSL flows. 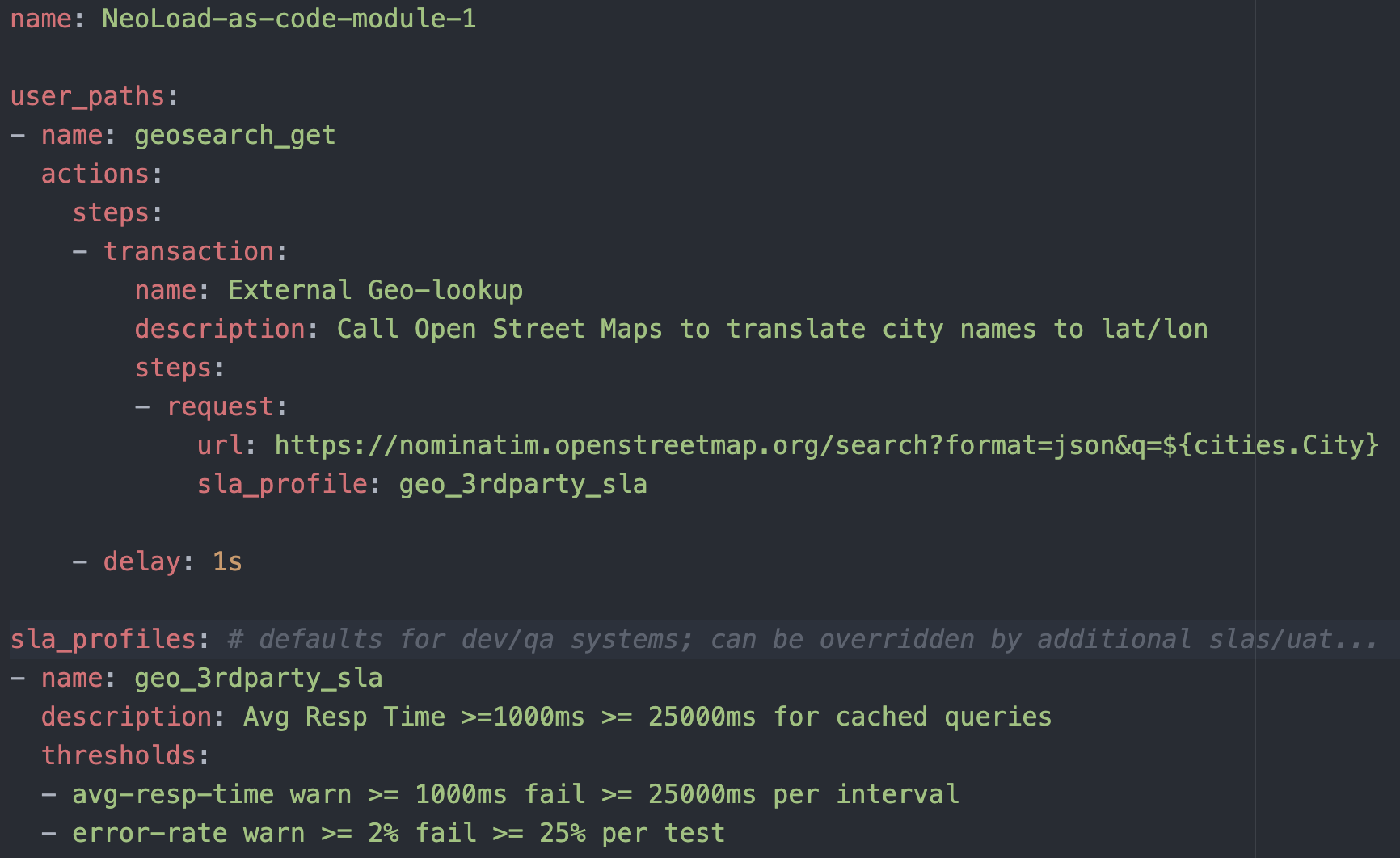 The video and deck used for our public training workshop on 2021-03-04 are below:

To write NeoLoad as-code YAML DSL, you will need:

To have YAML and as-code DSL specific text validation as well as autocomplete features, you will need to have the YAML extension installed and configure.

JSON Schema to use: https://raw.githubusercontent.com/Neotys-Labs/neoload-models/v3/neoload-project/src/main/resources/as-code.latest.schema.json

File patterns to use:

You may also want to run NeoLoad CLI to validate your file as well when you save.

Or in these paths in your OS:

A reference example settings.json file can be found here. 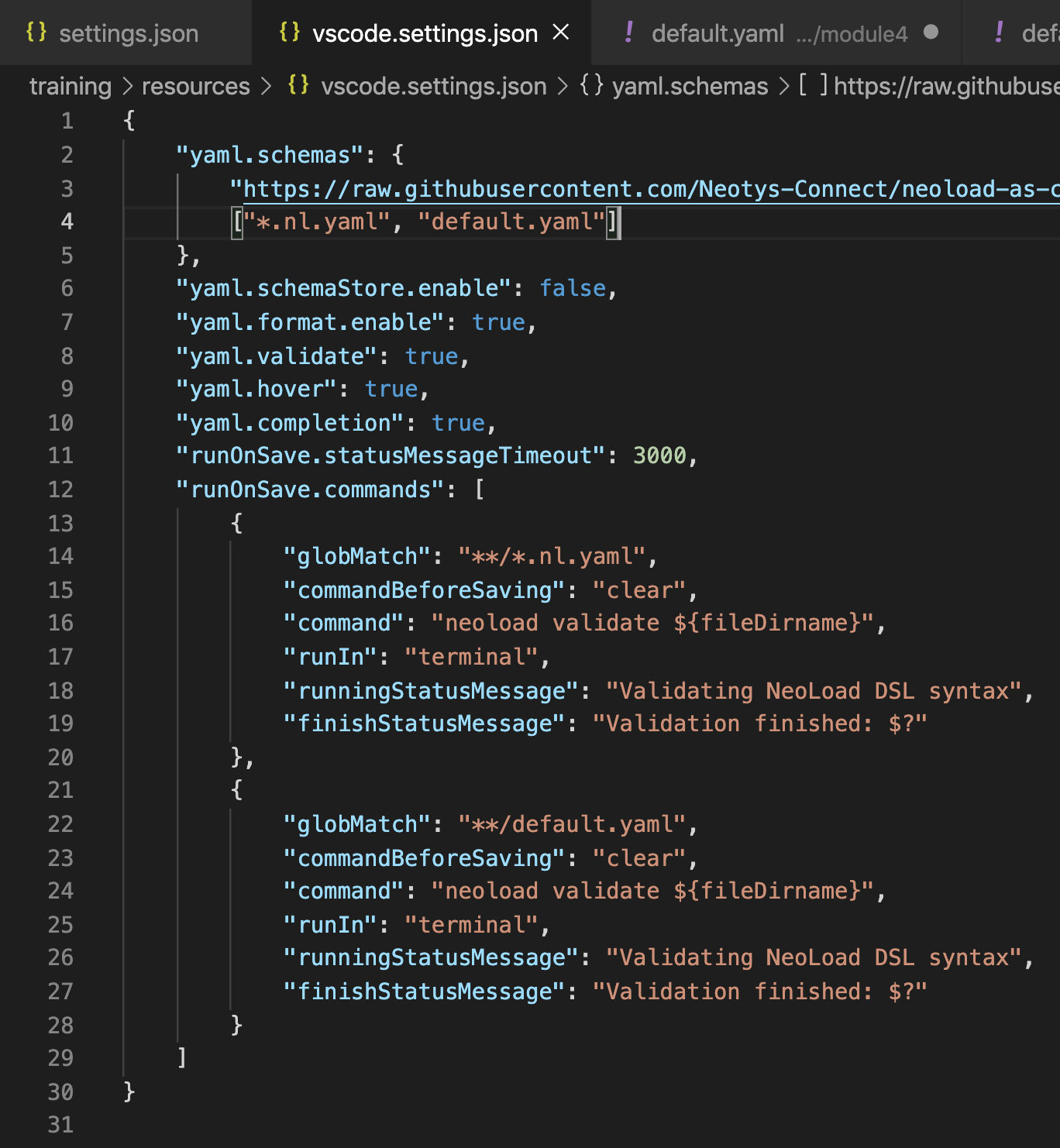 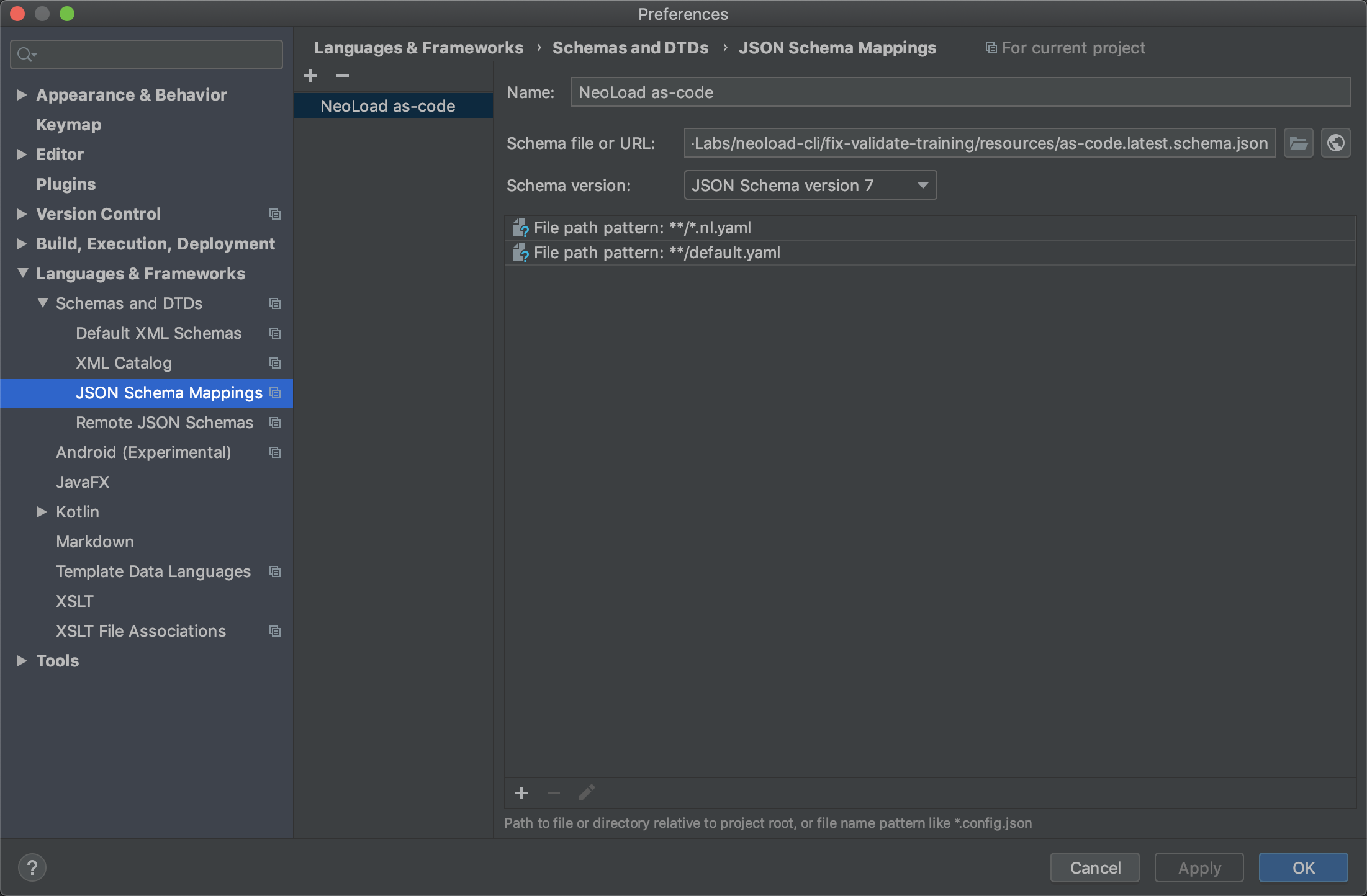