You can reuse Selenium tests in NeoLoad for two purposes:

For Java and C# based Selenium scripts, our official documentation covers a model where you include our custom JARs or assemblies into your Selenium test project, layer them in to your test scripts, and then compile those scripts into an executable for use in NeoLoad.

An alternative, scalable model to the approach above is described below.

Note on using Eclipse to compile your test suite

If when you go to compile your project as an executable JAR and you do not see any ‘Launch configuration’ entries, it is likely that you did not run and verify your Selenium test. Additionally, only Java Applications launch configurations are shown in the Runnable Jar dialog, which have a prerequisite of defining a ‘public static void main’ method as a JAR entrypoint target.

To do so, read this thread and this other thread.

Experimental Selenium Server for WebDriver in any language

Though the above approach is supported, there are a number of disadvantages:

In 2020 in collaboration with a number of Neotys customers, an alternative approach to centralize the “magic sauce” of the integration away from individual scripts and into a Selenium Server variant was successfully PoC’d and is in use by these customers already.

You can read more about this alternative approach here.

If you are using NodeJS or other languages and have scripts that either already use RemoteWebDriver this approach may suit you better, and we’re always looking for collaborators on this project!

Results in NeoLoad from the Experimental Server-based approach 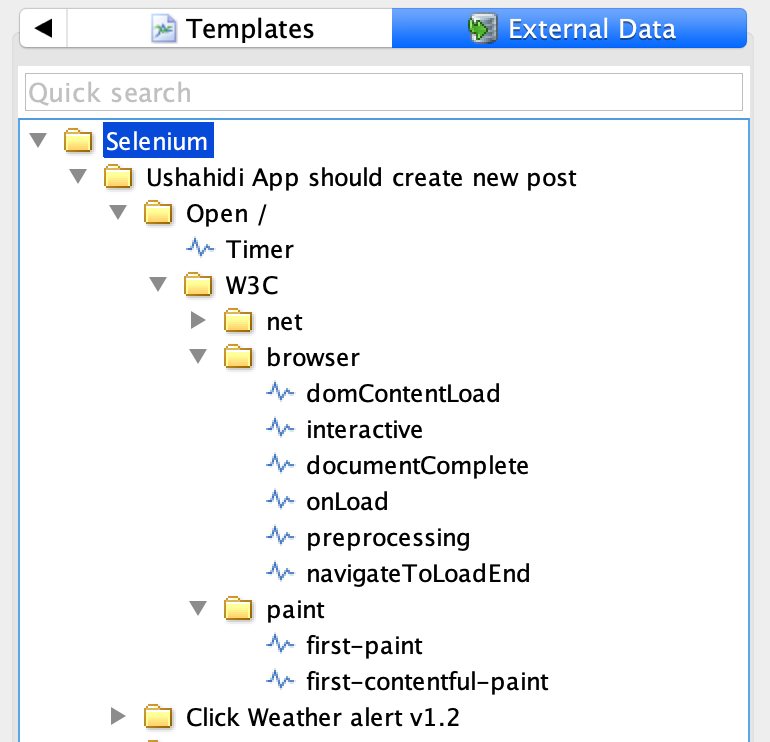 Please see the links on the side of this article for more information.